AESJ Guide for the Assessment of Nuclear Simulation Credibility: 2015 (AESJ-SC-A008E：2015） 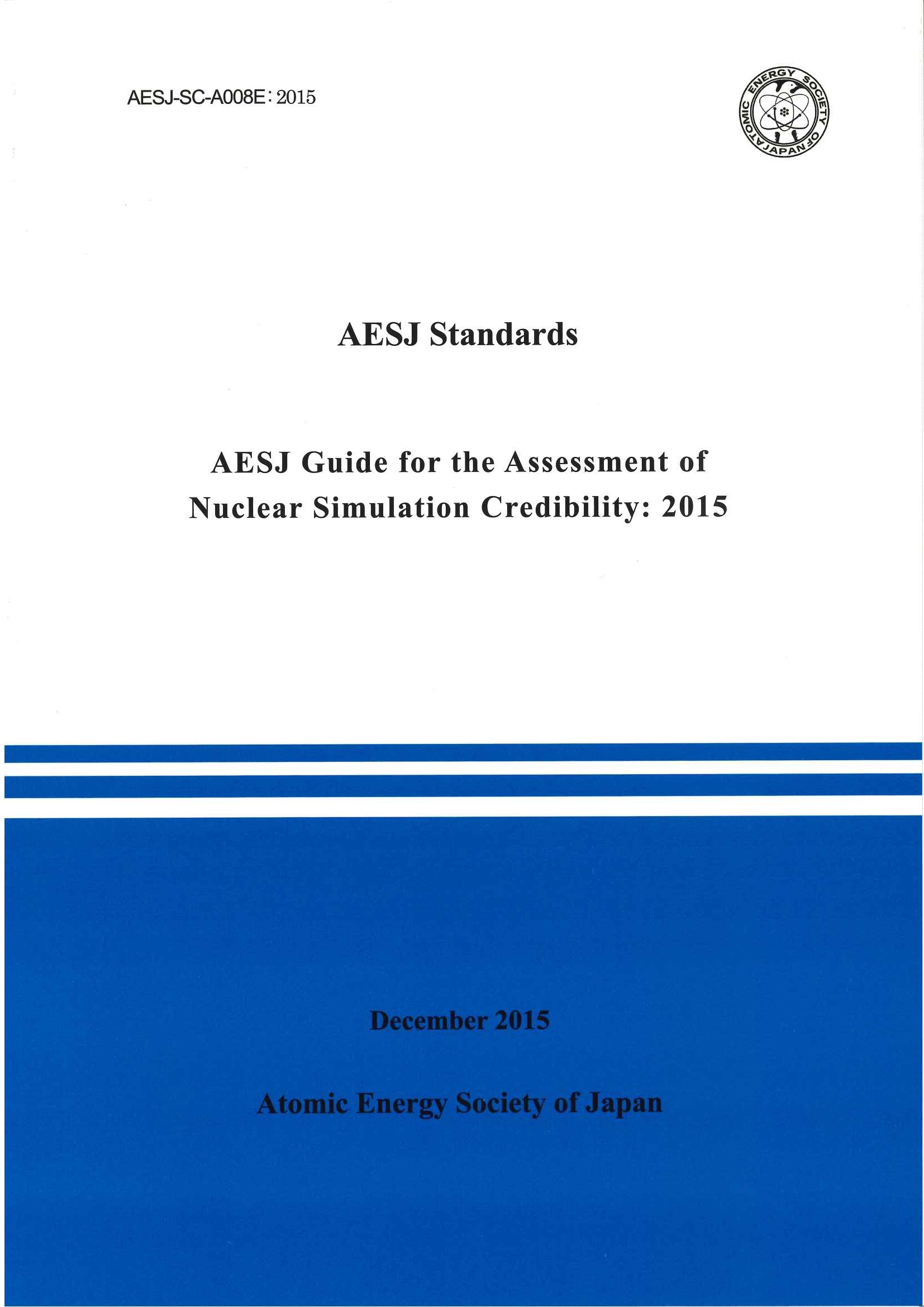 According to the trend of this state of the art simulation technology, the discussion on modeling and simulation of scientific computing focuses on the approach of verification and validation in the modeling. Also, it is important to establish the process to improve the reliability of the simulation continuously. Under the right kind of application of that process and predictive capability of the simulation should be estimated. In order to secure the simulation credibility, it is necessary to establish the procedure on verification and validation including the estimation of the modeling uncertainty. It is pointed out that those are urgent and important issues in the nuclear engineering.

On March 11, 2011, severe accidents occurred in the multi units of the Fukushima Daiichi Nuclear Power Plants. To clarify the detail accident sequence during the accidents and identify the various causes resulting in the accidents, and further enhance the safety of the nuclear power plants based on the lessons learned from the Fukushima Daiichi Nuclear Accident is the mission for all those involved with nuclear energy.

Upon the lessons learned from the accident, the range of the system and the postulated phenomena in the field of the nuclear simulations which are covered by the simulation have expanded wider. Also, the Final Report of Atomic Energy Society of Japan (AESJ) investigation committee of the Fukushima Daiichi Nuclear Accident has acknowledged the complexity of the Mother Nature and limitation of our knowledge, and recommended that the simulation technology should be applied based on proper verification and validation procedure and the information acquired from that should be required to deal with the large uncertainties of the Fukushima Daiichi Accident. In order to solve these issues, it is important to establish and organize the framework aiming for methodology for quantitative measuring and reduction of the uncertainties in the modeling and prediction.

To further progress our nuclear safety culture, we need to form a new modeling and simulation technology from the latest  technical knowledge and safety functions that we develop and improve in the process of creating safety measures with the lessons learned from the Fukushima Daiichi Nuclear Accident through development of the main primary method on, and also by promoting  normalization of the methodology for the related verification and validation and technically contributes to the realization of the nuclear safety, in addition, we are advised that it is essential to urgently finalize the technical basis for the simulation to promote the realization and the continuous improvisation of the world leading nuclear safety technology by independent standardization of methodology for the concerned verification and validation. Under above circumstances, it is required to establish the framework for the methodology of the modeling, verification and validation for the simulation credibility in the nuclear application, and on judgment of the predictive capability of the modeling. Urgent action is necessary to establish the guidelines that organize the technical requirements on the fundamental idea to ensure the simulation credibility.

Guideline for Credibility Assessment of Nuclear Simulations: 2015 has been established and issued by the AESJ through the discussion at the Simulation Reliability Assessment Subcommittee in the Advanced and Fundamental Systems Technical Committee (ATC), and the Standards Committee (SC). This guideline specifies the fundamental concept on the assessment of simulation credibility in the nuclear system, based on the former studies on the verification and validation of computation.

We expect that establishment of the guideline provides the fundamental requirements on the scientific and technical approach to assess more precise credibility of the simulation of the nuclear engineering. Also, this guideline is expected to be utilized for an implementation standard regarding verification and validation in the simulation technology of reactor physics, radiation, thermal hydraulics, chemical reactions, structural dynamics and the combined phenomena, which apply to the process of design, construction, and operation of the nuclear facilities.