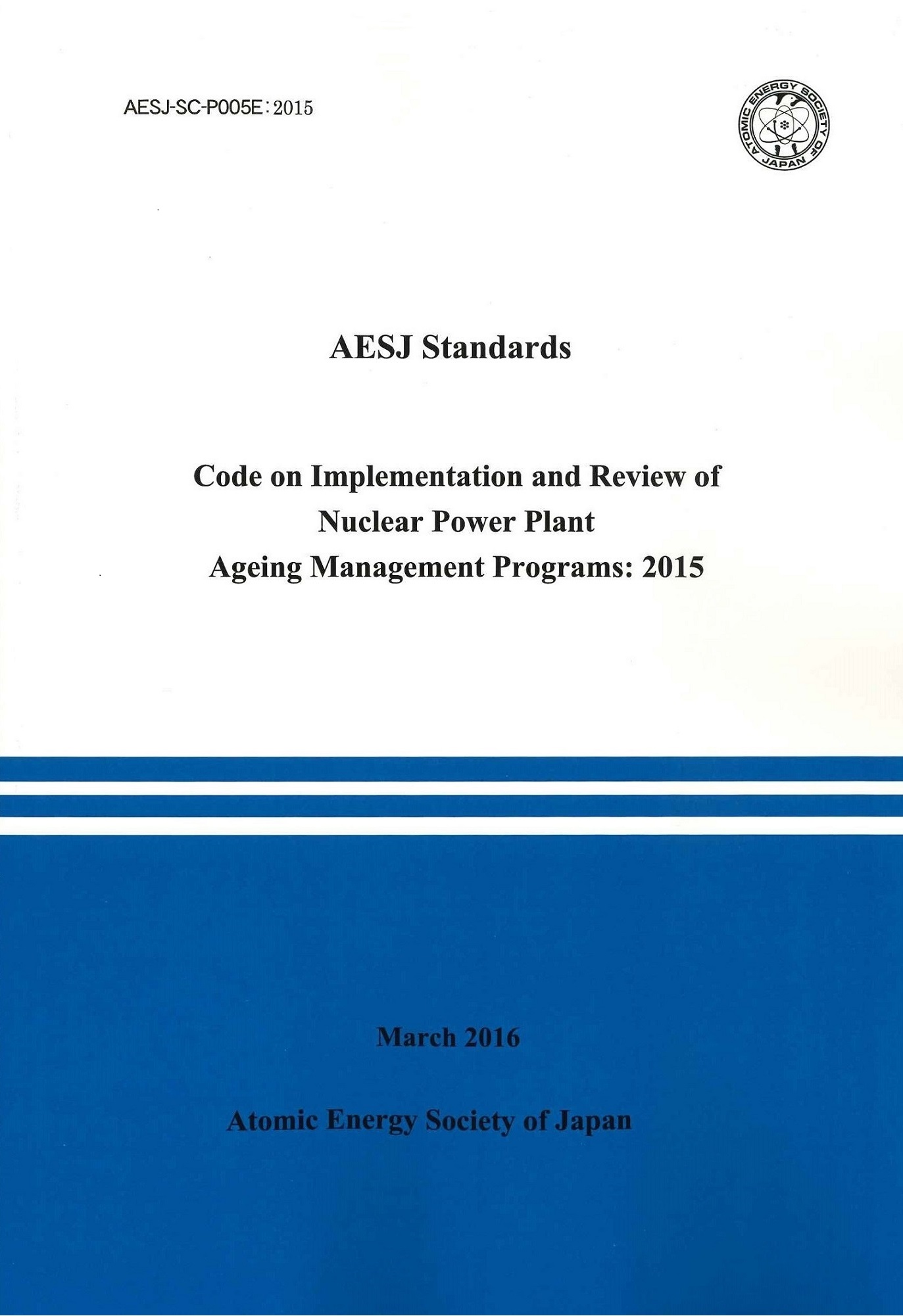 The “Code on Implementation and Review of Nuclear Power Plant Ageing Management Programs 2015” was established by the Atomic Energy Society of Japan (AESJ) through discussions in PLM Subcommittee followed by deliberations in System Safety Technical Committee and then in Standards Committee. The Code sets forth the method for implementation of ageing management measures to be adopted by Japan’s electric utilities which are in charge of operation and management of light water reactor-type nuclear power plants.

For the purpose of this Code, ageing management of nuclear power plants means the implementation of activities taking into consideration long-term plant operation through evaluation of the effects of ageing phenomena, which are expected to occur in structures, systems and components constituting a nuclear power plant, on their safety functions.

In order to ensure safe and stable operation, Japan’s nuclear power plants are subjected to regulatory inspections conducted by the Ministry of Economy, Trade and Industry in accordance with the Electricity Business Act (It was decided in July 2013 that the Nuclear Regulation Authority would perform regulatory inspections according to the “Act on the Regulation of Nuclear Source Material, Nuclear Fuel Material and Reactors”) and voluntary inspections implemented by electric utilities by shutting operation at regular intervals. These inspections are intended to verify the consistency with the technical standards specified in the ministerial ordinances and notifications. At the same time the electric utilities are implementing the maintenance programs for plant structures, systems and components to confirm their integrity, maintain their intended safety functions and maintain and improve their reliability. In addition, while the plant is operating, the electric utilities carry out condition monitoring, including trend monitoring, plant walkdowns and surveillance tests, to identify abnormal indications of plant structures, systems and components.

The summary sheet of ageing phenomena in AESJ-SC-P005: 2010 (Amendment 1), 2011 (Amendment 2) and 2012 (Amendment 3) include the results of ageing management technical evaluation for the 8 units (i.e., Turuga-1, Fukushima Daiichi-4, 6, Hamaoka-2, Tokai Daini, Mihama-1 and Ohi-1, 2) as the latest knowledge, which were described in the reports submitted to Nuclear Safety Commission of Japan from November 2007 to the end of October 2010.

AESJ-SC-P005:2015 includes following Attachments, but the Attachments E and F (Reference) are not an integral part of the provisions.

Attachment A (Provisions): Ageing Management According to Summary Sheet of Ageing Phenomena